Argin-Hiz is a zone in the Call of the Forsaken expansion. It was released on July 16, 2014 as the final zone in CotF. Argin-Hiz is a tier 2 CotF zone.

Argin-Hiz will have one raid. 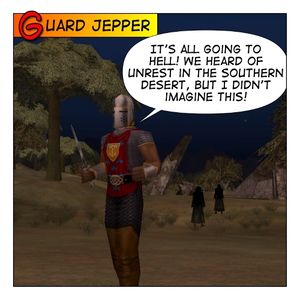 Reward for completing all of the quests is the suffix: ", Flame Warder".