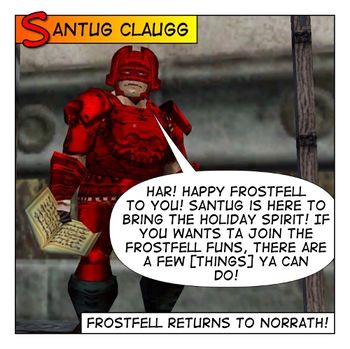 Naturally, Norrath doesn't have Christmas, etc., so they have Frostfell (although they could have just called it Winter Solstice, making up a special name is a common fantasy answer).

Frostfell heralds the return of Santug Claugg, an ogre in red who hands out toys to deserving boys and girls. He also, along with his helpers, offers a number of quests which are only available during Frostfell. 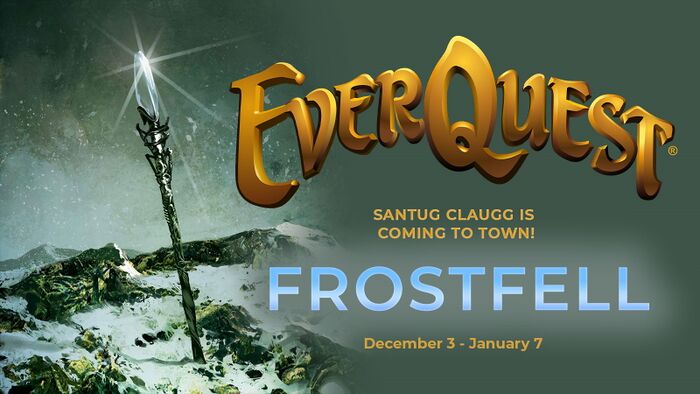 Darkpaw Games has not announced the full Frostfell schedule. The schedule below is an estimate based on previous years' schedules. 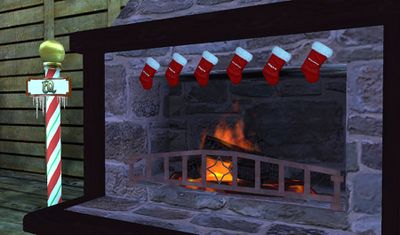 Listed here are some of the items you can get during Frostfell.

These Hero's Forge hats drop randomly off of mobs during Frostfell.

You can view them over at EQ Resource: Hero's Forge Hats.

You may choose one of the ornamentations below as reward for completing either of the Braxi Roundup quests (see Quests above). The quest may be repeated. You can only claim an ornamentation reward once, it needs to be checked if that means you can get one of each or just one total.

Frostfell achievements can be found in the Achievements window under Events > Holiday.