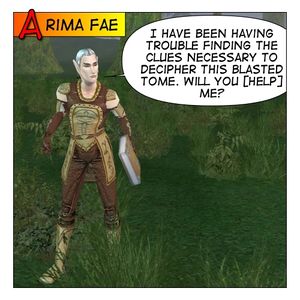 Only The Blind Will See (Allakhazam, EQ Resource). The task has eight versions, depending on your level. The reward is an achievement and Ancient Artifact.

Baga's Stand (Allakhazam, EQ Resource). 3-6 players. To request Baga's Stand, you must have completed one of the Only The Blind Will See tasks, but that is not needed to participate. Reward is an achievement and Ancient Text.

On August 20, 2014, they announced the tasks and mission would be brought back for a limited time in September.