Zones are areas of the map with designated themes, mobs, and scenery. They are connected to other zones by "zone lines"; crossing over to another zone is called "zoning". Zoning can take anywhere from several seconds to several minutes, depending on the player's computer. Zones are, in essence, the smallest unit of seamless playable area in the game, and are stored on the player's hard drive.[1]

An area such as a city might be comprised of two or three smaller zones (like Freeport), while a large zone might contain an entire small city and a vast forest (like Greater Faydark). Zones represent a wide variety of geographical features that can be found in EverQuest, including plains, oceans, cities, deserts, forests, and alternate planes of existence.[1]

With the many expansions for EverQuest released over the years, there is a noticeable difference in the appearance of older zones and newer zones. Newer zones tend to have more advanced graphics and some advanced features such as interactive objects or scripted events with non-player characters. One feature introduced in Lost Dungeons of Norrath is "instanced zones" where a group of players can have an "instance" of the zone all to themselves, and a large number of instances can exist simultaneously.[1]

When you move from one zone to another, the game must load that zone as well as other information. One thing it has to load are all the items your character has equipped, in their inventory, their bank, and in their houses. This means the more items you have in those places, the slower you will zone. Dragon's Hoard was created in an attempt to help relieve this issue.

Reducing the number of items in your bank and, most importantly, in your houses, may help reduce zoning times. 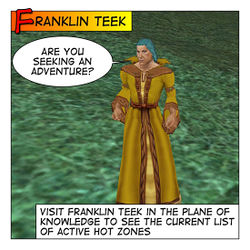 For a number of years, selected zones have been labeled "Hot Zones". These zones offer an extra experience bonus and bonus augmentations. Every so often the selected zones would change.

Removed the flag requirements for The Serpent's Spine (TSS) expansion raids to enter the raid zones as long as you are level 74 or higher. The person requesting the raids will still be required to have the proper flags to request the raid. - Patch December 23, 2008.

Korafax, Lair of the Riders (Kuua) and Discord Tower used to be locked until you completed The Void "E". With each new expansion, older zones are unlocked. They are now unlocked.

According to the schedule announced in the April 13, 2011 patch notes (above), the following expansions should have their locked zones unlocked:

When you port in with Arx key, turn left and go up first staircase. When you come to the first lobby at the top of the stairs, bear left (south) and head all the way down the corridor. You come to another lobby. There is a room directly ahead. Open the door and go in. On the left wall is a bookcase. Immediately after the bookcase the wall is fake. Pass through it to a similar room. Exit the room by its door and dead ahead is the clicky-portal to get to the start of the maze. 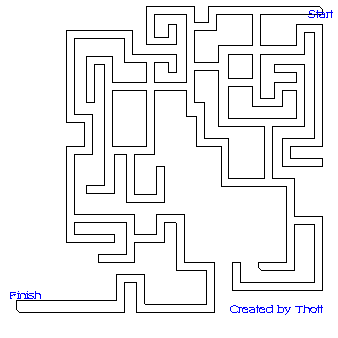