Call of the Forsaken 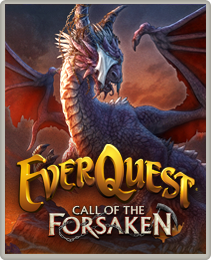 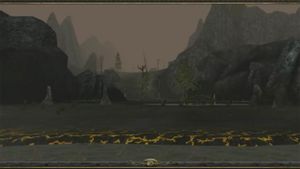 Note that you can use the Find menu (Ctrl-F) to locate these.

A "Stormstone of the West", on sale from the portal crystal NPC for 289pp, will take you to Ethernere Tainted West Karana.

Much like Rain of Fear, CotF has portals in the hub zone (Ethernere Tainted West Karana). The dragon Lady Lendiniara stands before the portals seeking help from adventurers. 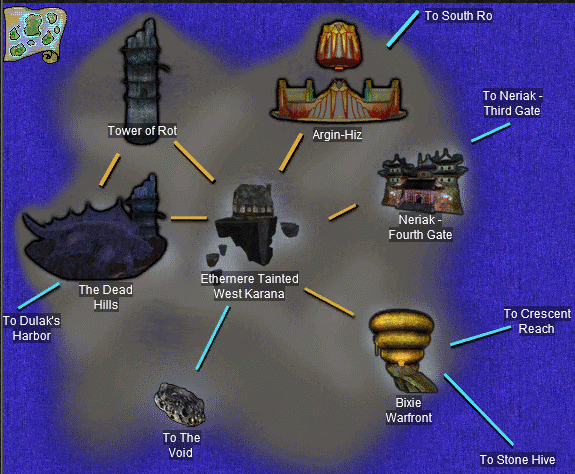 You can go to various NPCs in Ethernere Tainted West Karana and buy Rank I spells. Use the Find Window to find them.

Rank II spells are obtained by either drops off of Named mobs, or purchased from Requisitioner Rhies (Group Merchant} in Ethernere Tainted West Karana with Mark of Valor.

It appears the armor system will be much like that in Rain of Fear.

The price of each of those items is 13k and 11k platinum respectively.

To make Tier 1 group and raid armor, place the dropped item in a Ethereal Attuner and hit the Combine button (the box isn't consumed, and can be used unlimited times).

Beastlords, Necromancers, Shadowknights, and Shaman can change the focus on their wrists by placing it in a Ethereal Attuner and hitting combine.

In addition to mob drops for raid armor, you should be able to use raid alternate currency to purchase it.

There are several new types of alternate currency in Call of the Forsaken.

Marks of Valor are obtained by completing Heroic Adventures. They can be used to purchase mercenary gear, Rank II spells and group level player gear.

For Hate Rising raids, each player will receive 20 Medals of Heroism upon completing a raid, instead of the 10 given for the initial Call of the Forsaken raids.

Fists of Bayle are awarded to each member of a tier 2 raid upon completion. They are used to purchase tier 2 raid level player gear. Requisitioner Chash (Raid Merchant Tier 2) in Ethernere Tainted West Karana sells the items.

A series of cataclysmic events in the West Karanas bring the arrival of powerful dragon from another dimension (EverQuest 2), Lady Lendiniara. Torn through an invisible seam that binds realities, she does not arrive alone, but brings others. No one is sure if she is friend or foe.

Lady Lendiniara is from Ethernere, a realm where the living cross over to the dead. Ethernere is watched over by Drinal, the Silver Reaper. 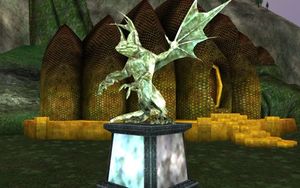 All Standard Edition Items plus the following:

Those who purchased an SOE Live All Access Pass will receive the Standard edition at no extra cost. For an additional $20 they may pre-order the Collector's Edition instead.

To order the Collector's Edition, go to the CotF order page and order it. When you get to the confirm order page, it should say SOE Live attendees will only be charged $20 when it comes to the actual time to bill it.