If you're an All Access member, you'll get 10% off the cost of the expansion.

The price for the Standard Edition is $34.99. It contains all previous expansions.

The price for the Collector's Edition is $89.99. It contains all previous expansions.

The price for the Premium Edition is $139.99. It contains all previous expansions.

When Luck helps you, it will tell you a lucky occurrence has happened.

There are two tiers of gear. 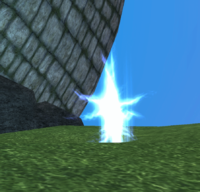 The expansion starts in Stratos: Zephyr's Flight, which is reached through a portal in the Plane of Tranquility (near the Plane of Air entrance).

The following items will take you to Stratos: Zephyr's Flight:

To reach The Chamber of Tears, you must first go to Relic, the Artifact City. You need to be in the task Strange Magic and go to the mirror hall.

In addition, there is an item, the Wishing Lamp, which is obtained from completing the achievement "Hero of the Chamber of Tears" (all you need is the mission Strange Magic). It teleports you to several places. Originally to Stratos: Zephyr's Flight, it can be converted to two other teleport items. The conversion loop is Stratos > Aalishai > Mearatas > Stratos. However, you can only be teleported to Aalishai and Mearatas if you have traveled to the zones - a fellowship campfire or guild banner will accomplish this without flagging. 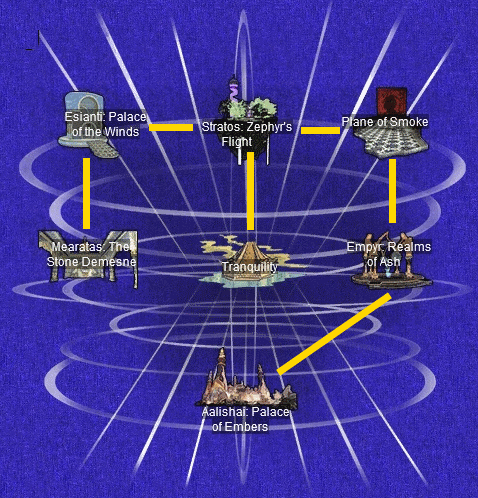 Everyone with the expansion has access to Stratos: Zephyr's Flight. You must complete quests to gain access to the other zones.

You can use a campfire to enter a zone requiring progression to enter, even if you have not done the tasks needed and cannot enter normally.

Rank I spells can be purchased from NPC merchants.

There are three tiers of group gear. Tier 1 and tier 2 drop in the respective zones. Tier 3 is tradeskilled.