Here is a listing of the EverQuest gods.

Followers of Bertoxxulous believe the only truth on Norrath is that everything dies. They view the decay of flesh as a thing of ultimate beauty. The subtle purples of a fresh bruise, the almost iridescent yellow / green of an infested pustule, are but a few of the things that his followers relish.[1]

It is not surprising that many of his followers pursue the dark art of necromancy, for to them nothing is more desirable than to be surrounded by beings who, even in undeath, continue to rot and decay. Do not take this to mean that his followers are suicidal or seek a quick death. To the contrary, they wish to live long, painful lives, spreading their dark, diseased stain across all Norrath.[1]

The Duke of Below.

The Runny Eye goblin clan claims that He is their father, much to the disgust of the dwarves of Kaladim, who know that the dwarves are the true children of Serilis. The vicious gnolls of Paw disagree entirely, for was it not Brell who sculpted them out of the sacred Clay of Cosgrove?[1]

Followers of Brell Serilis can be found, in one form or another, nearly anywhere you enter the Underfoot of Norrath.[1] 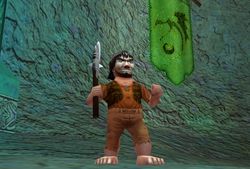 Followers of Bristlebane believe in having fun at the expense of nearly all else. Bards, rogues, jesters, gamblers, and gypsies are all typical followers. They are almost always very charming, clever, and witty: traits all his followers should strive to possess.

Mischief in all its forms is encouraged. Practical jokes are performed as if they were the highest rituals. Very few of his followers are outright wicked in their desires, but it is best to keep at least one eye on your purse if they are about. And never let one deal you a hand of King's Court.[1] 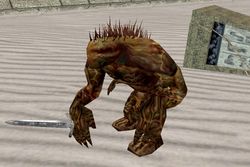 Followers of Cazic-Thule fear their Lord and believe that only by causing terror in others will they be spared his vengeful wrath. They strive to beat down and suppress all hope. Fear rules their lives and through fear they rule the lives of others. Pain, misery, violence, torture, and living sacrifice are the tools of a Cazicite.[1]

Many lizardman tribes are devout followers, but his number of humanoid patrons grows daily, a cold shadow slowly engulfing the bright spots of Norrath in a twisted nightmare of horror and pain.[1] 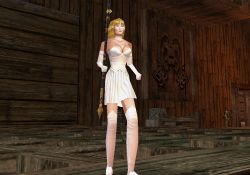 The Queen of Love.

Followers of Erollisi Marr cling to the belief that love conquers all. It should be pointed out that while love is a generally peaceful concept, Erollisi's worshippers are not pacifists. They would like to live in a world where everyone loves everyone else and violence does not exist but they are not naive enough to think that Norrath is that world.[1]

They have passionate loves of people, places, and ideals, and are more than willing to fight and die to preserve those things. The dream of every follower of Erollisi is to die in selfless defense of someone or something they love. Many paladins hear the true calling of their hearts and follow Erollisi Marr.[1] 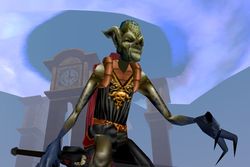 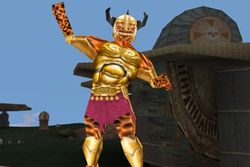 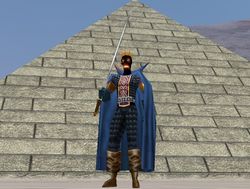 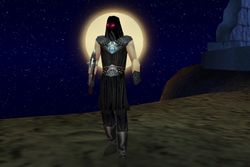 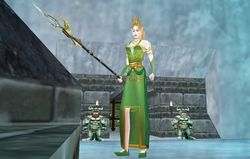